I decided to make a set of sandpaper numbers for my two year old. When my older child was using the sandpaper numbers, we made them out of notecards and glitter glue. They served their purpose, but I wanted to make something more lasting this time around.

The cost to make these wass negligible, as the only item I had to buy was an eighteen inch square of balsa wood from the craft store (and I used a 40% off coupon so it was less than $2). I already had dark green spray paint and extra sandpaper lying around the garage.

Cut the wood into rectangles about 3''x4'' and sand them. 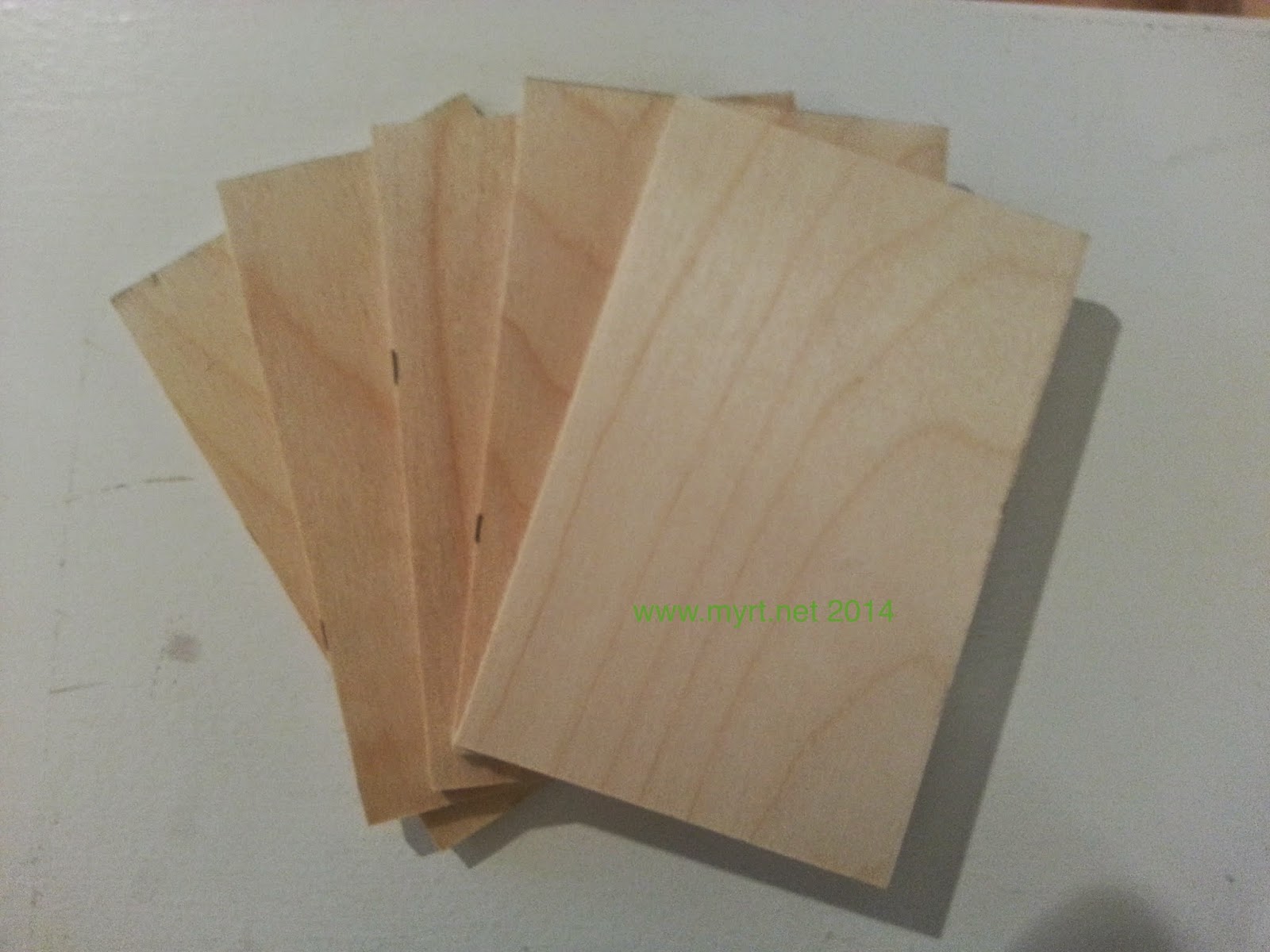 Apply one coat of spray paint and then sand again.

Trace and cut out numbers from the sandpaper. I used a font called MontessoriScript that I found here. I made it bold and increased the size to fit my cards. 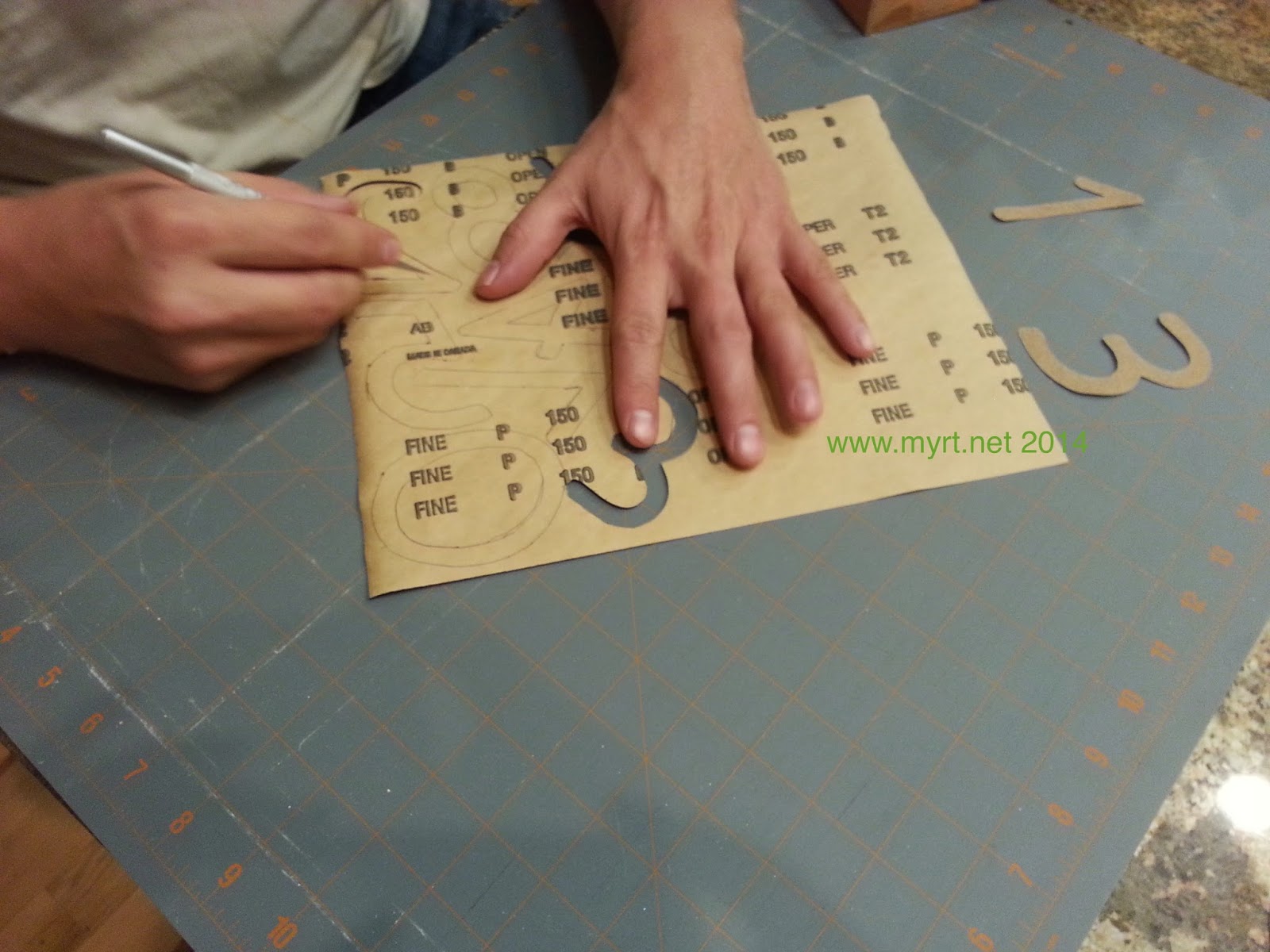 Use glue or Modge Podge to stick the sandpaper numbers to the wood.

I'm pretty excited about how these turned out. I'm hoping they get a lot of use. 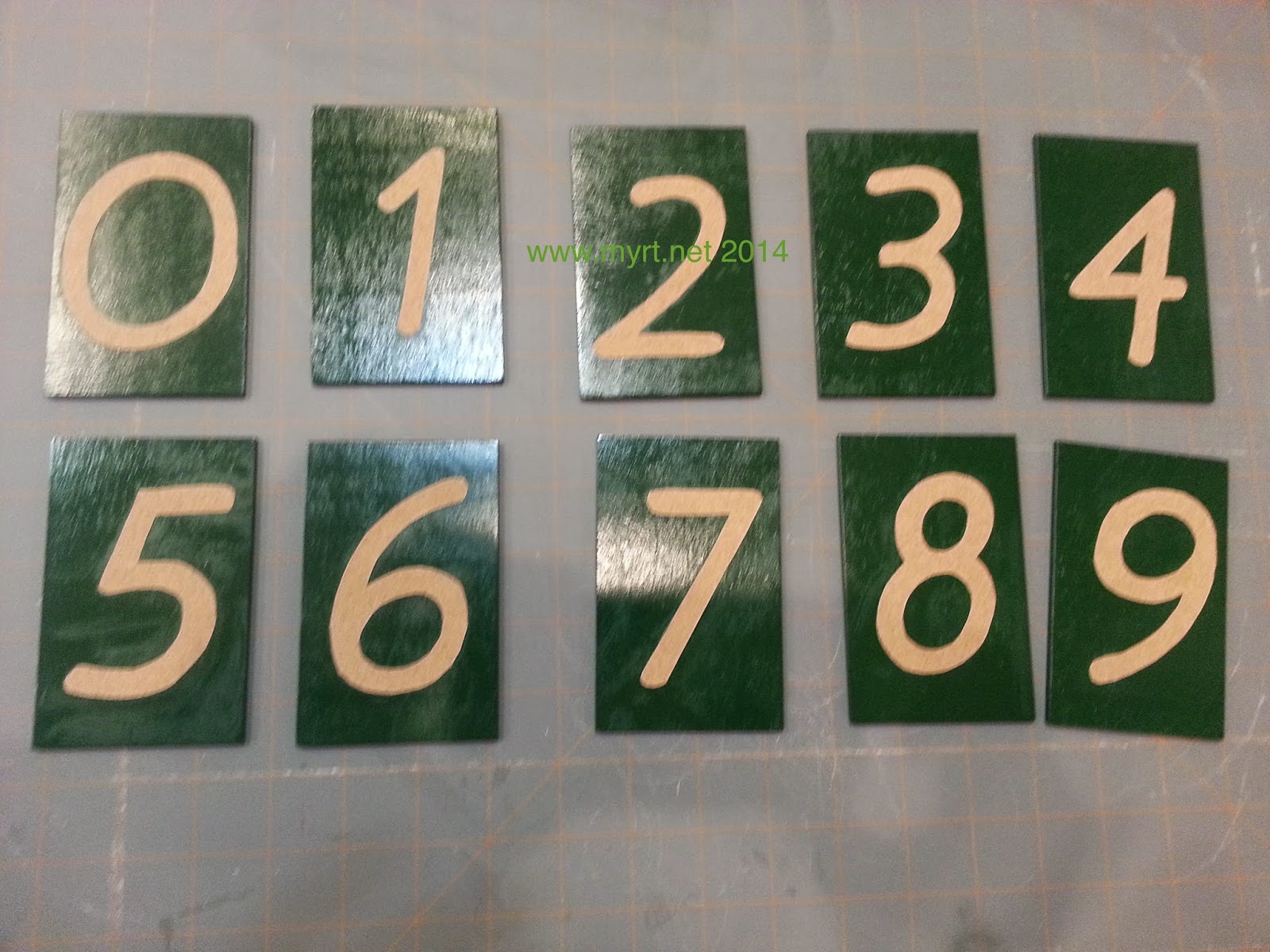